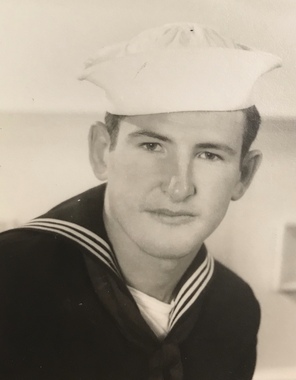 Back to Willie's story

Willie Jackson Wilson, 88, of Weatherford, Texas, passed away on Friday, January 31, 2020, at Hilltop Assisted Living in Weatherford, Texas.
Visitation will be held on Friday evening, February 7, at the Galbreaith Pickard Hilltop Chapel, 4941 Interstate 20 Frontage Road, in Willow Park, Texas, from 6 until 8 pm. The funeral service will be held on Saturday, February 8, 2020, at 1 P.M. at Galbreaith Pickard Hilltop Chapel with interment to follow in Annetta, Cemetery.
Willie was born on October 12, 1931 to Odis and Lucile Wilson. He proudly served his country during the Korean War. Willie was a graduate of Weatherford High School and later received his Bachelors' Degree from the University of Texas. Willie worked as an electrical engineer for Ratheon Electronics and retired after 30 years of service. He was a long-time member of the First Baptist Church of Aledo. Willie was an avid fisherman, enjoyed traveling to Alaska, and watching sports - particularly at the college level.
Willie is survived by his sister-in-law Lena Jim Wilson; nephews, Robert Wilson, David Wilson, Grady Wilson, Jr., and Daniel Wilson; nieces, Missy Staben, Chrissy Kiser, and Jennifer Wiley, and by his daughters of choice, Lynda Ferguson, Kara McKenzie and Rhonda Ashing.
Willie was preceded in death by his parents; his wife of 44 years, Doris; his long-time companion, Margie McKinzie; and by his brothers Robert Sr., and Grady Sr.
Published on February 5, 2020
To send flowers to the family of Willie Jackson Wilson, please visit Tribute Store.

Send flowers
in memory of Willie

A place to share condolences and memories.
The guestbook expires on May 05, 2020.

Wendell & Lisa Hickerson
We are so sorry for the loss of Will. He had a good heart. His love of his family was an inspiration to all.
WALTER Browning
As an ARMY VETERAN , I am. Sad to see a fellow serviceman pass on.