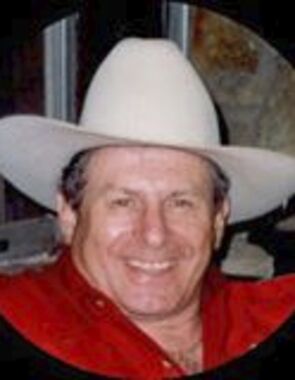 Back to Ted's story

Ted was born in Manhattan, NY to Ted and Jean Fina, a WWII Silver Star recipient and a devoted mother, on September 26, 1933 and passed away February 8, 2020. As a kid he went to live with his aunt and uncle in Upper Greenwood Lake, NJ. That's where his love of rodeo began. He started hanging around the local dude ranch where he got on bareback horses and bulls.
Ted enlisted in the Army where he was fortunate enough to have an officer that had racehorses. That was right up his alley as he worked breaking horses.
After the Army in 1956 Ted married Dotty, a widow with a young son. He immediately adopted the boy and raised him as his own. They had two more children. They had a little 10 acre spread with a rodeo arena in Spring Valley, NY. This began a lifetime of adventures. Every weekend the place was full of cowboys. When they weren't off at a rodeo, they had competitions between them; whether it was roping, doggin' poker games, anvil throwing or mumbly-peg, they had fun. Might have had a little Jack Daniels involved too.
Ted rodeoed all over the country. Later, with a little age and a little more sense, he switched to roping and bull doggin. Although he did make a point to build a bucking chute and always have some practice horses so his son could learn the trade. On weekends he would invite the children from the nearby orphanage to come and watch the cowboys.
Ted was a Gold Card member of the PRCA. His proudest rodeo accomplishment was winning a go-round in the bull doggin at Madison Square Garden and a buckle for the NE Cowtown Rodeos in 1966.
After years in the printing trade, Ted moved his family to Weatherford, TX again having a rodeo arena. He helped many people on the rodeo trail. His door was always open to anyone that needed a place to stay. He might have even paid an entry fee or donated some gas money.
Ted begin selling insurance for Farm & Ranch Healthcare. He stayed with them for 30 years.
In 1989, he met and married Diane and her five children. They lived and worked out of Palo Pinto from then on.
Ted will always be remembered for his generous nature, his NY stories, his love of being a NY cowboy and his contagious smile.
Survivors include his wife, Diane; his 3 children, Mona Lee Kreutziger, Teddy Jr., and George Fina; granddaughter, Amber Everett; Diane's 5 children, Seth, Carlos, Bryan, and Kenny Winburn, Stephanie Fitch; sister, Yvonne Beghin; brother, George Fina; and many cousins, nieces, nephews, in-laws, grandkids and friends.
A memorial service will be 11 a.m., Saturday, March 7, 2020 at Holder's Chapel in Cool, Tx.
Published on February 14, 2020
To send flowers to the family of Ted Fina, Sr., please visit Tribute Store.

Send flowers
in memory of Ted

A place to share condolences and memories.
The guestbook expires on May 14, 2020.