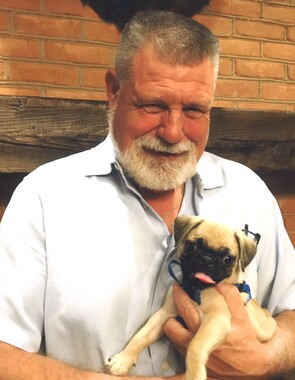 Back to Michael's story

Michael James Briggs was born on October 3, 1955 in Kaufman Texas to James and Barbara Briggs. He graduated from Kaufman High school in 1974. He attended TCU in Fort Worth and graduated in 1978. He was a CPA and worked at the family's business, Mitchell Welding Supply. He was an active member of Church of the Incarnation in Dallas Texas. Michael was committed to charity throughout his life and the main achievement was founding a maternity hospital in rural Tanzania, Africa. He is survived by his two sons Benjamin and Mitchell Briggs, many cousins in Kaufman Texas, and his loving partner Joseph Maldonado.
Published on January 24, 2020
To plant a tree in memory of Michael James Briggs, please visit Tribute Store.

Plant a tree in memory
of Michael

A place to share condolences and memories.
The guestbook expires on April 23, 2020.

Clement
Another classmate and brother gone to soon rest in peace truly will be miss
Lee-Ann
I am so glad that I knew Mike! He brought joy and enthusiasm to our Wednesday WW group and I was always so proud of the positive steps he took to reach his own health goals. I will miss him and will keep his family in my prayers.
JJ/Brenda Hobbs Yunis
Our prayers are with you. We are so glad we had the opportunity to meet him at the wedding of Mitch and Casae.
Paula Baldwin Cox

Mike was such a delight to be around in school we had so many laughs. Enjoyed Watching him laugh he would laugh all over and his face would turn so red. He will be definitely missed by all

Johnny & Laura Murrey
Very sorry for the loss of Mike. He was a good friend and will be missed. We have the family in our prayers.
David Land
I knew Mike all of my life. So very sorry to hear of his death today. He was fun, funny and a super guy. Love to his boys and his partner.
View all