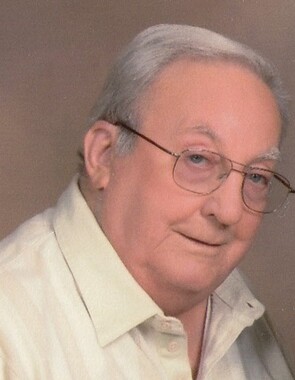 Back to Jerome's story

Jerome Peter Steidl, 87, of Weatherford Texas, was called home by his heavenly father at his home with his loving wife, Billie, at his side.
Memorial Mass: 10:00 A.M., Friday, February 14, 2020 at St. Stephen Catholic Chapel, 211 S. Main Street, Weatherford. There will be a lunch reception to follow at St. Stephen Catholic Church, 1802 Bethel Road, Weatherford.
Memorials: In lieu of flowers, donations may be made to St. Stephen Catholic Church.
Jerome (Jerry) was born in Jefferson, Wisconsin on May 10, 1932 to Jake and Anna Steidl.
Jerry proudly served in the Air Force during the Korean War. He worked at American Motors for over 30 years. Jerry was a proud member of Holy Name Catholic Church and then later, St. Pauls, until he moved to Texas at the age of 85, where he joined St. Stephen Parish. He loved to play cards, especially cribbage and was always quick with a joke. He volunteered for many charities in his younger years, but best known as the bingo man at the Moose Lodge. One of his famous sayings was: I suppose. He was a loving husband, father, grandfather, and great grandfather.
Jerry is preceded in death by his wife, Phyllis Mary (Guenther) Steidl; son, Robert Walter Steidl; brother, Richard Steidl; and sister, Helen Steidl.
Jerry will be deeply missed by those he is survived by which include his loving wife, Billie; daughters, Patricia (Lamonte) Bohman and Nancy (Rick) Fink; son, Donald Steidl; step-daughters, Jane (George) Weyenberg and Jody (Neal) Persky; sisters, Leona Leis and Julia Kumm; brothers, Walter Steidl and Eugene (Lori) Steidl; his grandchildren and great grandchildren; and many loving nieces, nephews, and extended family.
Published on February 12, 2020
To send flowers to the family of Jerome Peter Steidl, please visit Tribute Store.

Send flowers
in memory of Jerome

A place to share condolences and memories.
The guestbook expires on May 12, 2020.