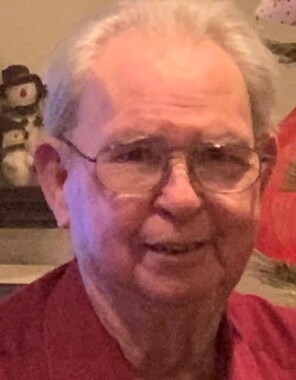 Back to Fred's story

Fred L. Buchanan, 85, of Millsap, passed away unexpectedly on Thursday evening, January 16, 2020, in Weatherford.
Visitation will be held from 3 until 5, Sunday afternoon, January 19, at the Galbreaith-Pickard Funeral Chapel, 913 N. Elm Street, in Weatherford. Funeral services celebrating his life will be held 2 P.M., on Monday, January 20, 2020, at North Main Church, 1302 N. Main Street, in Weatherford. Burial will follow at Fairview Cemetery in Millsap.
Fred was born on July 7, 1934, in Cleburne, Texas to Ward and Alice Buchanan. He married Carol Wheeler on July 28, 1961 and together had one son, Bryan. Fred proudly served his country in the U.S. Army and served in Germany. He began his working career on the Santa Fe Railroad and later as a draftsman for Tri-County Electric for 22 years. He was a long-time member of North Side Church of Christ in Weatherford and was an active participant of the men's prayer group - The ROMEO Club (Retired Old Men Eating Out). Fred was an avid reader, enjoyed doing cross-stitch, and was an avid railroad fan. Most of all, Fred cherished time spent with his beloved family.
Fred is survived by his wife Carol of nearly 59 years; his son Bryan and Wife Karen; by his grandchildren, Chase and Ashlin Buchanan; and by several nieces and nephews.
In addition to his parents, Fred was preceded in death by six sisters and by one brother.
Published on January 17, 2020
To plant a tree in memory of Fred L. Buchanan, please visit Tribute Store.

Plant a tree in memory
of Fred

A place to share condolences and memories.
The guestbook expires on April 16, 2020.