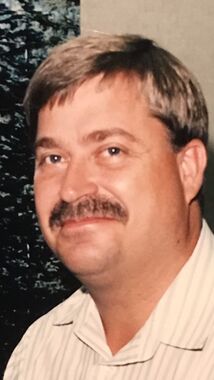 Derl Steven Lacefield, 60, of Granbury, Texas, passed away on October 19, 2017, after a seven and half year battle with cancer. Steve was surrounded by his family as he left this world and made his way to Heaven.
Visitation for Steve will be from 6-8pm, Friday, October 27, at Galbreaith-Pickard Hilltop
Chapel 4941 I-20 Frontage Road Willow Park, Texas 76087. Funeral services will be held on Saturday, October 28, at 2:00pm at Willow Park Baptist Church, located at 129 S Ranch House Rd, Aledo, TX 76008. Reverend C.C. Risenhoover of The Church on Thistle Ridge will officiate. Burial will follow at Annetta Cemetery in Annetta, Texas. The cemetery entrance is located about 2.5 miles south of I-20 on FM 5 [exit 415] near the intersection of FM 5 & Airport Road in Parker County. Funeral arrangements are being handled by Galbreaith- Pickard Funeral Chapel Weatherford, Texas 76086.
Steve was born in Wyoming on February 8, 1957, to Derl and Vondel Lacefield. He spent most of his younger years living in Parker County and graduated from Aledo High School in 1975. Steve was the quarterback of the 1974 Bearcats football team that played in the State Championship game. It was also at Aledo High where Steve met the love of his life, Tanya, they were happily married for 41 years. They raised two beautiful, outgoing and athletic children. Steve's professional career was as a senior manager for Lockheed Martin in the Fort Worth plant, where he spent 33 years.
Steve found his greatest enjoyment in his family. He coached Pee-Wee Football, Little
League Baseball, and regularly thrilled his kids and others with magic tricks and other fun activities. There was always something fun going on at the Lacefield's house, and it was the place to be for the kids in the neighborhood! Steve loved to cook and entertain for his family and friends. Ever the outdoorsman, Steve loved to be in the woods hunting or fishing on the lake. He was also extremely passionate about his church. Steve served as a deacon at the Church on Thistle Ridge, until his death.
Steve is survived by his immediate family: wife, Tanya Gore Lacefield; daughter, Desiree Gordy and her husband, Jim, of Fort Worth; son, Derek Lacefield and his wife, Alyssa of Crowley; and his beloved grandchildren: Makiya, Mia, Ty, Makinzi and Taylor. Steve also leaves behind his siblings: brother, Dr. Gary Lacefield and wife, Anne, of Burleson; brother Bruce Lacefield and wife, Betty, of Liberty Texas; sister, Brenda Fox and husband, Martin, of Grand Prairie; brother, Eddy Lacefield and wife, Michele, of Weatherford; sister, Jamie Harberson, of Lockesburg, Arkansas; and father-in-law, Jerry G. Gore, of Granbury; brother-in-law, Jerry L. Gore, of San Antonio; and a number of nieces, nephews and extended family and friends.
Steve was preceded in death by his parents Derl and Vondel Lacefield; grandparents Berlin and Oma Lacefield of Arkansas; grandmother Nannie Dell Harberson of Arkansas; mother-in-law Gayle Tipps Gore of Aledo.
Published on October 24, 2017
To plant a tree in memory of Derl Steven Lacefield, please visit Tribute Store.

Plant a tree in memory
of Derl

A place to share condolences and memories.
The guestbook expires on January 22, 2018.

Restore this Guestbook to share a memory or message of condolence of your own.