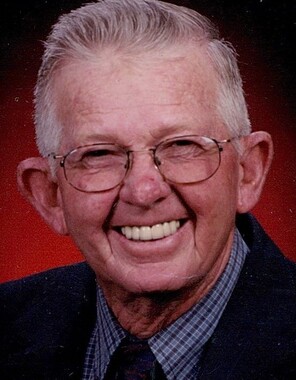 Back to Coy's story

Coy Stinnett, 84, beloved husband, father, and grandfather, of Brock, passed away on Wednesday evening, February 12, 2020, at his home.
Visitation will be held on Saturday evening, 5 until 8 P.M. February 15, 2020, at the Galbreaith-Pickard Funeral Chapel, 913, N. Elm Street, in Weatherford. Funeral services celebrating his life will be held at 2 P.M., Sunday afternoon, February 16, at Brock Baptist Church. Burial will be at Brock Cemetery. In lieu of flowers, memorials may be made to the Pythian Home, 1825 Bankhead Highway, in Weatherford.
Coy was born on July 20, 1935, in Weatherford, Texas. He was one of two sons born to Clyde "Doc" and Ruby Stinnett. He proudly served his country in the U.S. Navy. On March 30, 1956, Coy married Joan Ard and together had two children, Ronnie and Ruthie. He was a Master Electrician and Electrical Contractor and was a long-time member of the IBEW Union Local 116. Additionally, Coy was a rancher and farmer and was the recipient of the "Family Land Heritage Award" for the State of Texas in the 1970's. He also was a member of the Brock School Board and was an ordained Deacon at Brock Baptist Church. He enjoyed traveling - particularly to Colorado, New Mexico, Arkansas, and Branson, Missouri. Coy will be remembered as a "family man" who cherished spending time with his family.
Coy is survived by his wife Joan of nearly 64 years; his children, Ronnie Stinnett and wife Marnita and Ruthie Stinnett-Marshall and husband, Randy; grandchildren, Amanda Stinnett-Malcom and husband Kyle, Autumn Stinnett-Seaton and husband Keagan, John David Stinnett, Kenneth Marshall and wife, Bonnie, Kandice Marshall-Rankin and husband Donald, and Rylan Marshall and wife, Mistie; 20 great-grandchildren; and numerous nieces and nephews.
In addition to his parents, Coy was preceded in death by his brother, Aubrey Stinnett.
Published on February 13, 2020
To send flowers to the family of Coy Stinnett, please visit Tribute Store.

Send flowers
in memory of Coy

A place to share condolences and memories.
The guestbook expires on May 13, 2020.

Laurie Lee
Coy and I were hugging buddies
Sam Heartsill
My family thought the world of Coy. You couldn’t find a better man if you tried.
View all